Blockchain Explained | What is A Blockchain?

It’s safe to say financial institutions have financed the disruption of a number of industries over the last 30 odd years. And why is that? It’s because they have an idea of what a revolutionary technology like blockchain can do to static incumbents.

So, in order to stay ahead of change, banks have been setting up R&D labs, establishing partnerships with blockchain developers, and building test centers in an attempt to fully understand the revolutionary potential of blockchain technology.

Even though financial institutions were the ones to make the first move, academia, consulting firms, and governments have also studied …

Read The Full Article On CryptoCurrencyNews.com 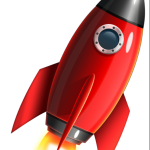 Elon to Put Dogecoin on the Moon by 2022

Decentralized Finance Space Heats up With Launch of...